Nina is fighting the hunters that are after Myath’s Electronic Fairy, while Leerin is trying to transport the fairy back to the proper location. In a different scene Sharnid and Siena are observing the Kei-Ra Cannon, and Sharnid gives a few hints that he likes Siena. Back to Leerin again, Loi is seen chasing her and almost has her captured, but when she starts taping the floor repeatedly, it causes Loi to recall memories of him fighting a Contaminoid, and the fear that came with it. Nina jumps in and helps Leerin, but Loi runs away anyways when he sees that Nina has the Fallen One in her body. After that, Nina informs Leerin about here old city Riggzario and how her city could give birth to new Electronic Fairies. Loi is still running away in the streets, and he sees a contaminoid trying to break through the barrier. Savalis trips him and cripples his leg with Kei and hints about letting the contaminoid in. Loi is thoroughly frightened of the contaminoid and begs for help, and Savalis destroys it easily. Dickserio Maskane shows up and has a small skirmish with Savalis and gets away. Leerin and Nina have a talk, but suddenly, Nina starts to feel pain from the Fallen One and the Electronic Fairy Myath tells Leerin to pray. While praying, Leerin sees what seems to be Saya, who says she will help her with her powers. Back at Zuellni, the Kei-Ra Cannon has been charging, and they fire it at the group of contaminoids and then charge in to fight. Kallian talks to Layfon about what he fights for, but suddenly Felli senses the Electronic Fairy of Zuellni right above them. In a different scene, Nina is talking with Dickserio who she met earlier and are both watching the Legend flashback. He tells Nina that Leerin has the origin of the Electronic Fairies inside of her, and Nina should try to defend her. Dickserio then cuts the rope they are standing on and Nina is seen falling from the skies above Zuellni. Zuellni’s Military Artists are fighting the contaminoids and are struggling with the number of them. However, Layfon joins the fight, and shoots himself into the sky with his dite, after killing a few contaminoids. Layfon and Nina see each other and they both hug. 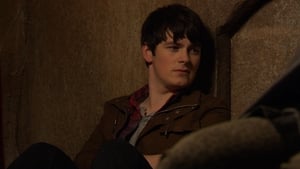 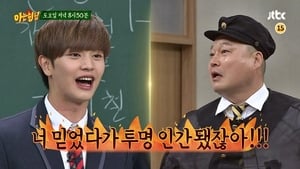 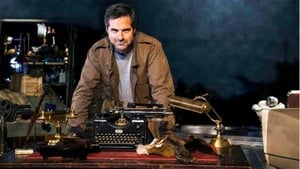 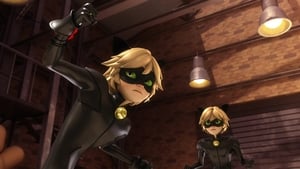